A customer shared his recent experience with our team! We're always happy to help!

"SOCKS ARE FLYING! Sometimes it is the SIMPLE things in life that can give you a sense of accomplishment for the day. In this case, THANK YOU Dryer Vent Wizard! A friend & I worked on cleaning the vents with a snake from amazon and could not break the clog out...I thought we might have a busted the duct line because little if ANY air was going through even though we had snaked nearly 20Ft on what appeared to be a 15 ft. line and sucked and blew from both ends to no avail...very little if ANY air was going through and no lint was coming out. My home was a rental for probably 15 years so there is a GREAT chance the dryer vent line had NOT been cleaned in a LONG time, if ever. The Dryer Vent Wizards were called out after my fail and after hearing what we tried thought that we may have a busted line also and suggested a new shorter line that would be more direct (great suggestion...idea. Before going that route though their Tech Brian Nunez (super nice guy) tried snaking it also. His effort, knowledge and far superior equipment (after much effort) made a dramatic break through which included dust, lint and even a sock flying out! The problem is solved and $$ saved! VERY PLEASED!:smile::facepunch: (=" 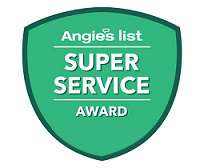